“Jim Meier. Get used to the name. He might well be Vancouver’s best shot at matching the spectacular, kid-out-of-college success of Seattle’s Bill Gates.”

Jim Meier is an energetic businessman and entrepreneur with years of highly successful experience in the entertainment industry, and is experienced in government and international relations, as well as business creation and operations. He is the Chief Executive Officer and President of Meier Entertainment City, a company that is developing an entertainment and sports city around the film and television industry near Vancouver, British Columbia (BC), Canada, as well as Meier City Pictures and Meier Publishing.

He began his professional career in the entertainment industry at the age of 18, working on a live television show, while also being a systems analyst at Canada’s second largest banking institution, the Canadian Imperial Bank of Commerce, which he left after several years to be full-time in the film and television industry.

He was a self-made multimillionaire by the time he was 26 years old and has raised millions in financing for various projects in the entertainment, technology, and real estate sectors. Mr. Meier was recognized as one of BC’s top business achievers by receiving Business in Vancouver’s New Year Achievement Award. He is a very strong supporter of Vancouver’s film industry, which is referred to as Hollywood North, and which Access! Showbiz News previously ranked him one of the top 50 most powerful people in Vancouver’s film and television industry.

He is mostly known for having built the world’s largest motion picture and television soundstage, as well as controlling 14 studios and having been the largest studio space provider in North America, surpassing even the major U.S. Studios such as Disney, Paramount, and Warner Bros., which were also his clients. This allowed him to help bring in over a billion dollars in economic spin-off into the Province of British Columbia.

He has been featured in many newspaper and magazine articles, and has appeared in television and radio interviews. He is also mentioned in the acclaimed award-winning International #1 Bestselling book Age of Secrets: The Conspiracy that Toppled Richard Nixon and the Hidden Death of Howard Hughes, which was written about his father John Meier, who was intimately involved with Watergate, Nixon, the CIA and Howard Hughes during times of several major historical events and he is a Producer of several feature films and documentaries in development, including Meiergate, Magic Box, and RFK Assassination: The Canada Connection. 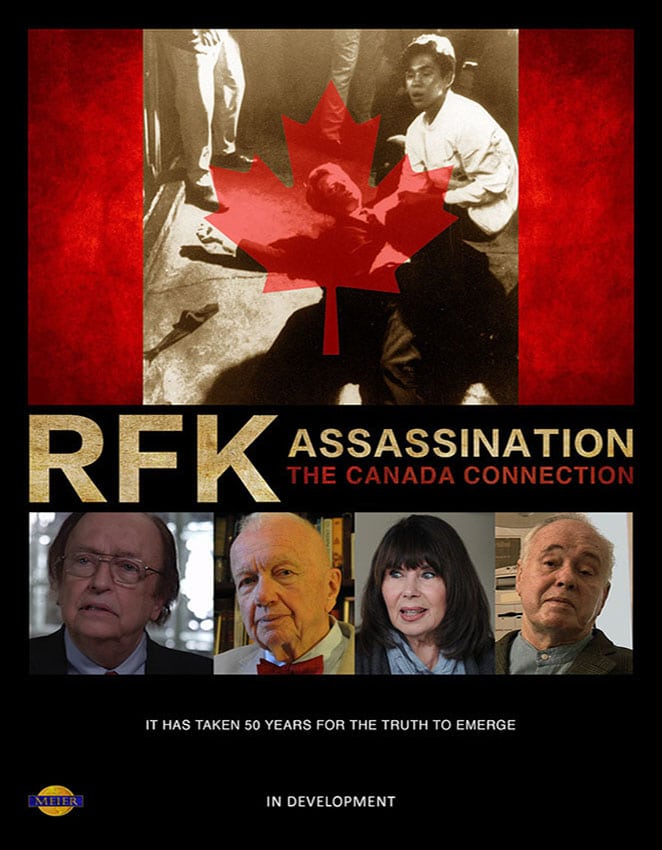 He was the first person to digitize the BC Film Commission’s co-production list into an online format, in order to assist in bringing co-production film deals to BC, as well as the first to put the Directors Guild of Canada’s production list into an online format in order to help people in BC get jobs in the film and television industry, in partnership with both those organizations. The information was supplied pre-Internet through a Bulletin Board System. When the Internet was launched Meier was the person who educated the BC film industry on its uses and he was hired by the film industry to lobby the Government to supply media financing to the entertainment industry. He set up the premier BC film industry Internet site at the time, Hollywood North Internet Site.

Meier also lobbied Canadian Prime Minister Jean Chrétien to add information on BC’s film industry to what is supplied, and tested on, to people applying for their Canadian citizenship. He is an alumnus of the Vancouver Film School, which he attended through a scholarship, and he created a company that was used as a non-profit entity to assist film students in getting jobs after their film schooling was completed.

You have Successfully Subscribed!